Michael Jordan - A Sports Persona the Will Never Be Paralleled 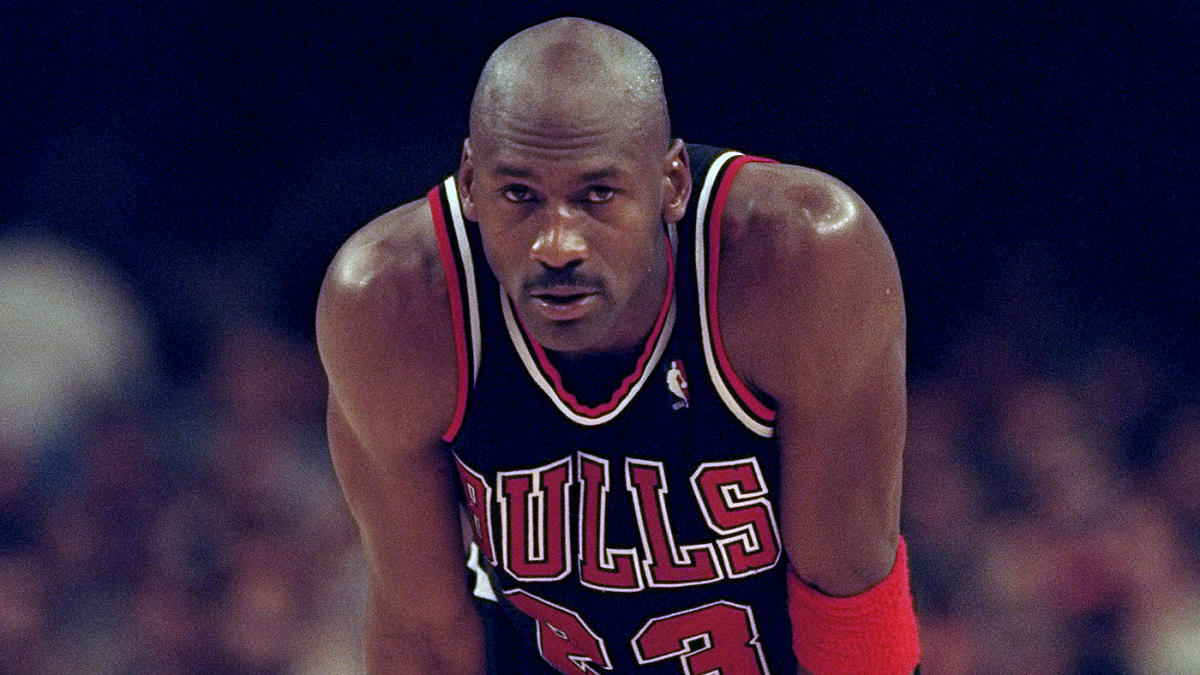 There are few NBA stars that possess the ability to have there first names be recognizable above any other name in their sport.

Today's game boasts interesting names such as Kobe and LeBron but before they were even old enough to lace up sneakers one man separated basketball from sports.

Michael was, and remains, the most recognizable name in not just sports but in popular entertainment. His air-ness may share his name with the King of Pop and their achievements may be similar on a global stage but Michael Jordan's ability to combine his achievements as an athlete and his ability to bolster his public image with his successes in the business world undoubtedly separate him from the other Michael.

Jordan entered a league dominated by Magic, Doctor J., Larry, Kareem and Moses. Among those titans of basketball, Jordan managed to captivate the sporting world while playing for an untalented Bulls team.

Jordan's career seemed to reach new levels each season but his team was not always recognized as the second (behind Russell's Celtics) greatest dynasty in basketball history.

Though MJ led his Bulls to the 8th seed playoff spot his first several seasons, a feat that is underappreciated on Chicago teams that were untalented and under achieving, his early career was marred by injuries and controversies caused by jealous opponents.

The NBA's most jealous superstar, Isiah Thomas, unsurprisingly led the charge in 1984. Michael Jordan was voted as a starter, by the fans, to the all-star game in his rookie season. Isiah, feeling the attention Jordan was receiving was unjust, led a player revolt in the all-star game. In a move most forgotten for unsportsmanlike behavior, Isiah refused to pass Michael the ball throughout the game.

Jordan went on to win Rookie of the Year honors and his battles with Isiah had just begun.

His next two seasons were busted by foot and knee problems.

In 1986, Jordan returned from knee surgery in time to face the Boston Celtics in the first round of the NBA playoffs. Though the Bulls were swept by Larry's Celtics, Jordan managed to set an unbroken playoff record of 63 points in game 2.

In 1987, Jordan averaged an astonishing 37 points per game but was again swept by the Celtics.

It wasn't until 1988, perhaps Jordan's most successful season individually, the Bulls emerged from the first round of

Jordan holding on of his 6 Larry O'Brien Trophies the playoffs. That season, Jordan averaged 35 points per game, 52 percent from the field. He won his first of five NBA Most Valuable Player award and the NBA Defensive Player of the Year award.

It's rare to have a player succeed on the offensive and defensive ends of the court in such a dominant fashion.

In 1988, the first of 4 epic post season battles, Isiah Thomas and his Detroit Pistons eliminated the Chicago Bulls in five games.

The Pistons and Bulls would meet again in 1989 and the Pistons, now famous, "Jordan Rules" defense facilitated in once again eliminating the Bulls.

In 1990 the Bulls emerging talent surrounding Jordan again fell to the Pistons as the "Jordan Rules" was now a famous and effective method for slowing down Jordan and stopping the Bulls.

It wasn't until 1991 that Michael and his now ultra talented squad finally beat the Detroit Pistons. The Bulls were able to finally get revenge and swept the Pistons led by Jordan opting for the assist over the shot, made difficult by the Pistons "Jordan Defensive Rules".

Isiah Thomas, in typical unsportsmanlike fashion, walked off the court before the final buzzer without congratulating his opponent.

After defeating the Detroit Pistons in 1991, Jordan led his Bulls to their first title.

The Bulls would go on to win 6 titles in 7 years.

Even in retirement, Jordan's endorsements of products such as Nike and Gatorade continues to ensure their profits. On the day of Jordan's first retirement, the NY Stock Exchange actually took a dip because of Jordan's effect on global business.

No professional athlete can boast such a claim.

I consider myself to be a somewhat astute NBA historian and yet I had to research all of Jordan's accolades online as to not forget any.

Above all of his personal and team achievements, perhaps Jordans most admirable contributions to professional sports was his ability to face defeat, adversity, world fame, and tremendous success with grace, maturity, sportsmanlike conduct, and humility.

His brilliance on the basketball court is missed but his presence is still felt by the players that follow him. Players such as Kobe and LeBron emulate Jordan in their on court highlights. We can often be found, jaw dropped, at an amazing move made by today's players while thinking and sometimes shouting:

"That was a Jordan move!"

Today's players may be able to resemble Jordan in their play but they certainly cannot reach the levels Michael achieved, always carrying himself with class, on and off the court