The Air Jordan 11 is by far one of the most popular sneakers in footwear culture, as well as one of the most desirable sneakers in Michael Jordan's signature line. Originally introduced in 1995, the sneakers are the creation of Tinker Hatfield who took the position as lead designer for MJ's signature sneakers back in 1988 when he first designed the Air Jordan 3. Jordan's performance in the shoes was nothing less than amazing. Aside from leading the Chicago Bulls to their 4th NBA Championship, he also become the second athlete in history to win the Most Valuable Player award for the regular season, All-Star Game and NBA Finals.

Over the years there have been a total of 5 color options of the Air Jordan 11 made available, not including the less popular low-cut silhouette. Since their hay-day in the mid 90's, all the original models have been reissued at least once, and have been just as popular, if not more popular, than the first time they were released. If you're unfamiliar with the styles, allows us to give you a brief history of each one.

The first Air Jordan 11 to release was the "Bred" version, which featured a staple color palette for the Air Jordan collection. The shoes were released in April of 1995 and retailed for $125, which is a steal these days when such retro releases tip the scales at $180. To coincide with the colors of MJ's then Chicago Bulls uniform, the Air Jordan 11 "Bred" features a black ballistic nylon upper with black patent leather along the base, a white midsole and a translucent outsole tinted in True Red. The iconic Jumpman logo on the ankle is embroidered in True Red as well. Since originally releasing in '95, the shoes have been re-issued twice, once in 2001 and again in 2008 as part of the Air Jordan 11/12 Countdown Pack. 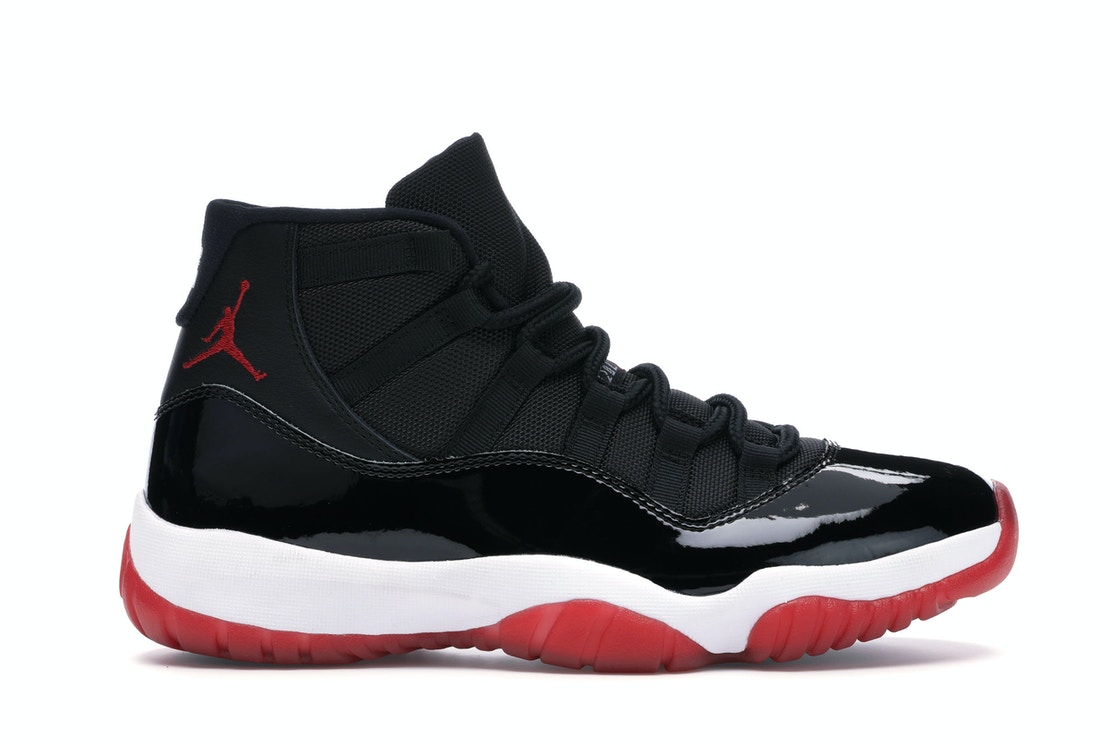 After the Chicago Bulls-colored version released the next to come was the "Concord" edition. These get their name from the fact that the white based upper is wrapped in Dark Concord patent leather. Further use of contrasting black details were employed on the inner lining and the Jumpman logo, while a white mid-sole is capped with an icey clear translucent outsole. The Air Jordan 11 "Concord" was originally released in November, 1995, and again in 2000. They also appeared in 2006 alongside an Air Jordan 6 in the Defining Moments Pack. Unlike the original design though, this particular pair featured a gold Jumpman logo. 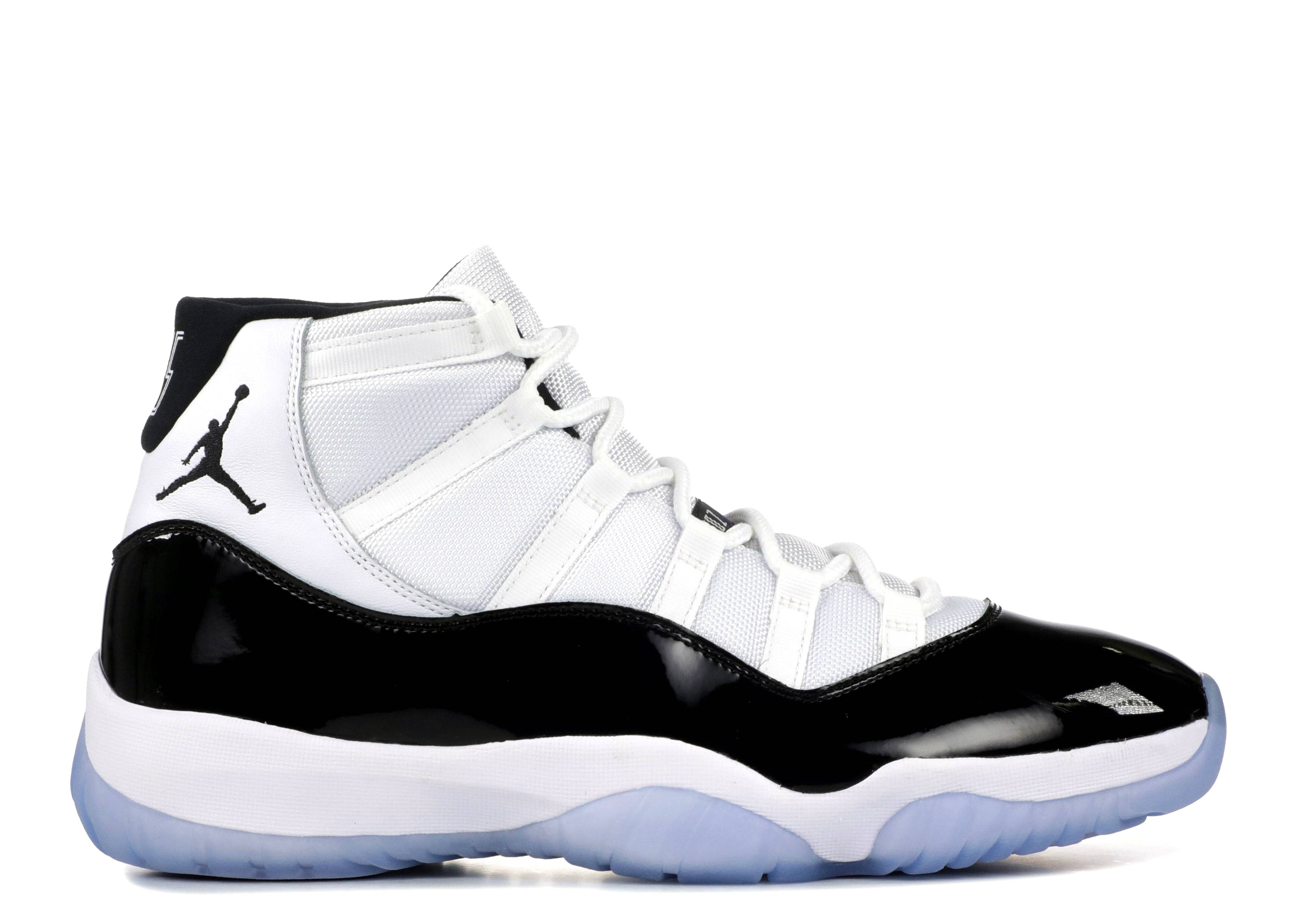 One of the more sought after styles of the Air Jordan 11 is the "Space Jam" version. These got their nickname when Michael Jordan was first seen wearing the shoes in the movie "Space Jam" in which he starred in back in 1996. The sneakers sport a solid black upper constructed from ballistic nylon and patent leather, with a white midsole, an icey clear outsole and subtle accents of Varsity Royal on the Jumpman logo along the ankle. Although Michael Jordan was seen wearing the shoes throughout the movie, and again during the 1996 NBA Semifinals, the Air Jordan 11 "Space Jam" wasn't released to the public until 2001. A second limited release followed in 2009. Both times the sneakers were released they were one of the biggest sellers of the year. 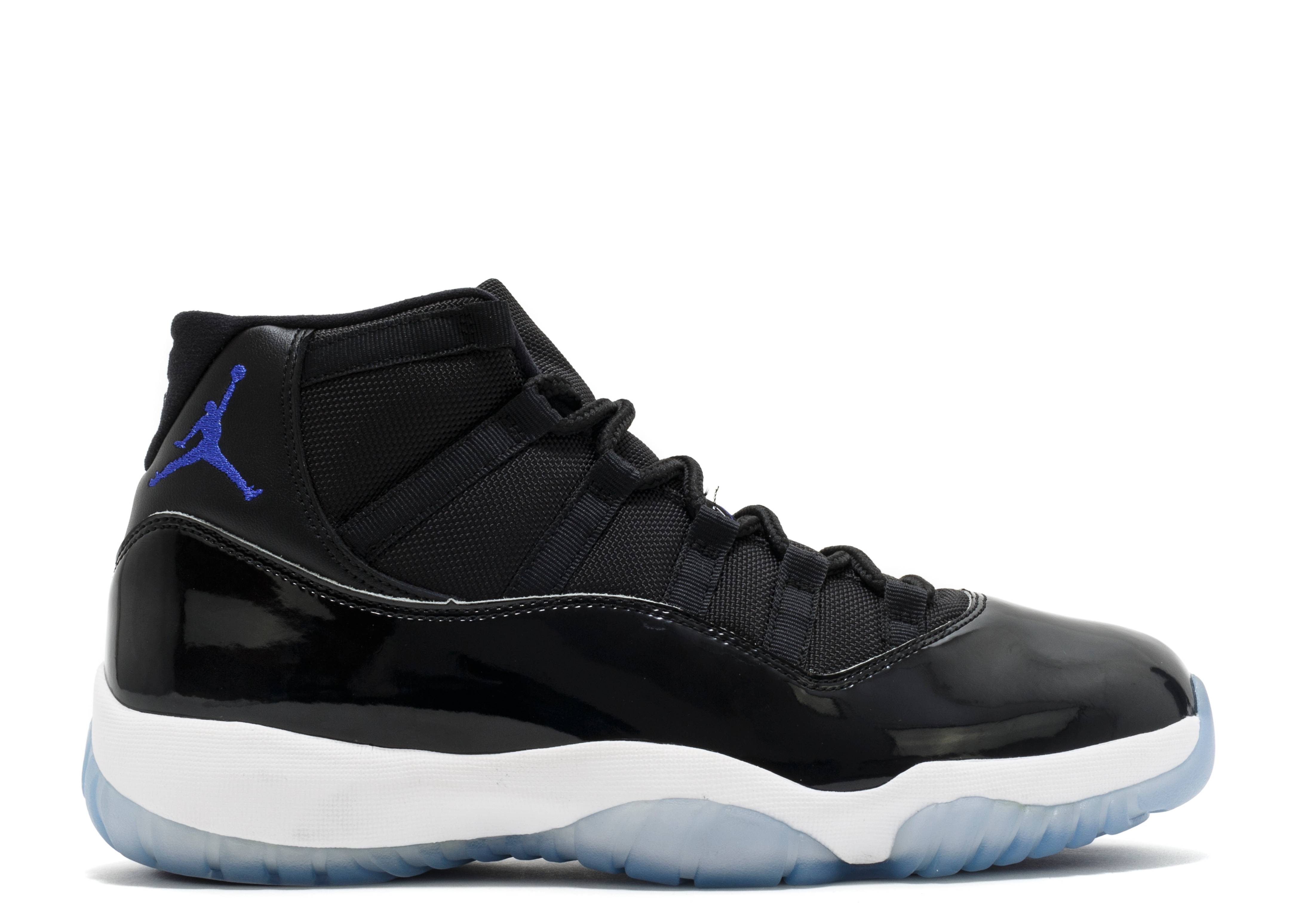 The Air Jordan 11 "Columbia" is just as desirable as any of the other AJ11 colorways. In a solid coat of white, the shoes feature the standard ballistic nylon and patent leather construction used on all the other non-low-top Air Jordan 11 models. Accent colors come in the form of Columbia Blue, which appear on the Jumpman logo, the "Jordan Jumpman" tag across the tongue and translucent outsole. The shoes were originally released in 1996 and again in 2001. However, the 2001 version did not feature a blue tinged, translucent outsole like the original pair. Instead the translucent outsole left icey clear. A change which many weren't too happy with. 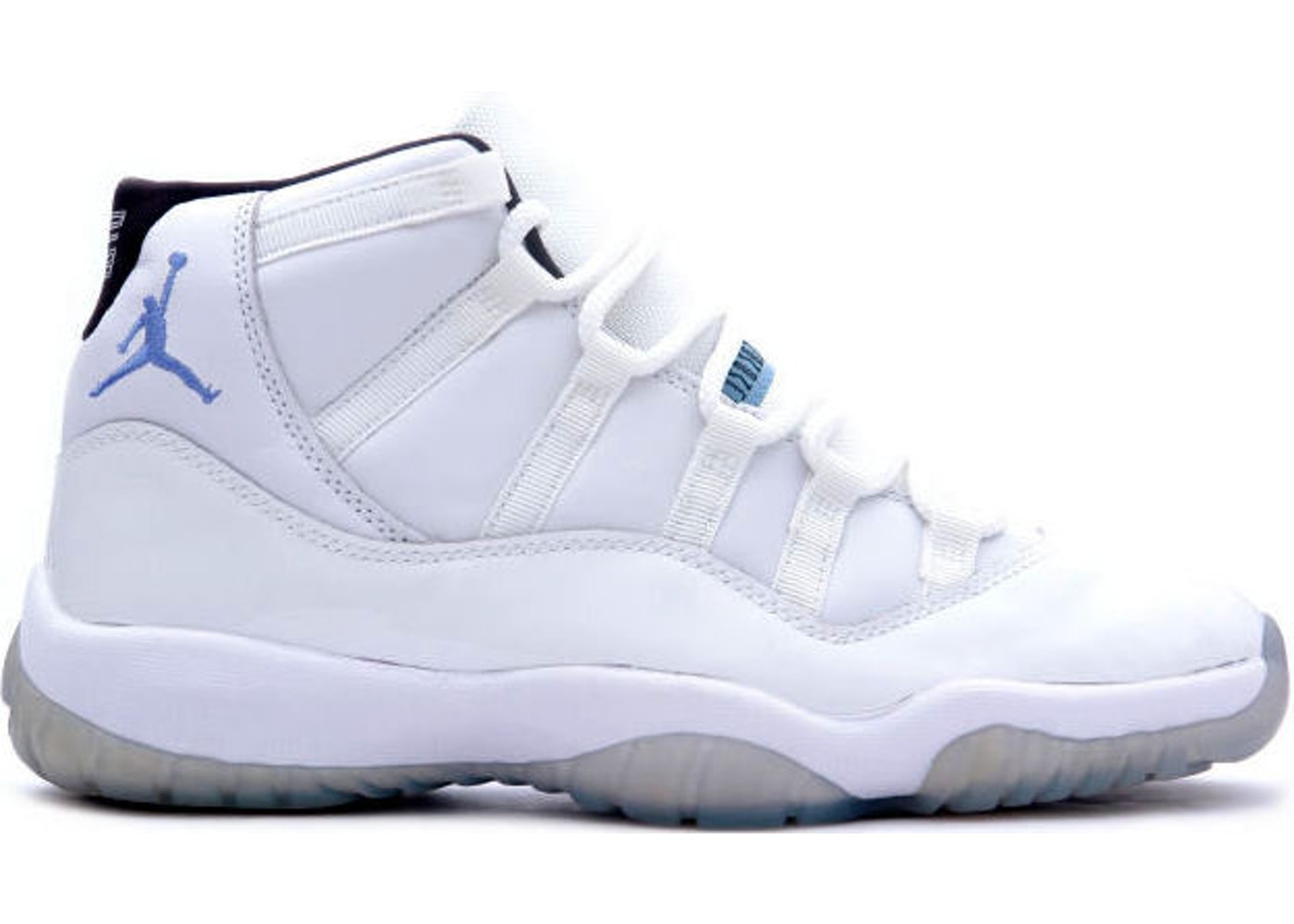 The Air Jordan 11 "Cool Grey" is not one of the original models that released when the sneakers did in 1995-1996, but that hasn't stopped them from becoming a hot commodity among collectors. The Air Jordan 11 "Cool Grey" was first introduced in March of 2001, 6-years after the first AJ11 was revealed to the public. Like their counterparts, the sneakers got their nickname from the chosen color scheme in which they use. Medium Grey provides color to the ballistic nylon upper, while Cool Grey coats the patent leather around the base of the shoes. The upper sits atop a white midsole which is capped with the beloved icey clear outsole. Since being released in 2001, the Air Jordan 11 "Cool Grey" hasn't been re-issued once. That's all about to change later this year though when the shoes make their first comeback in 9 years. 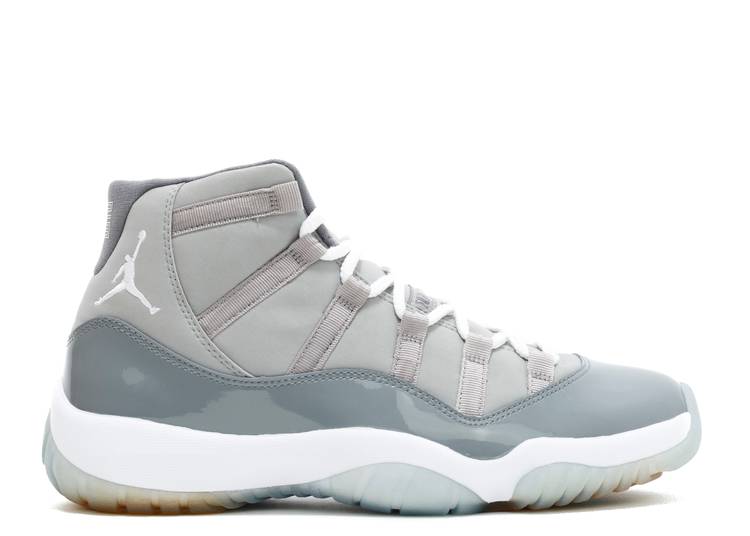 Davin Iverson is an editor for a leading online consumers buyers guide pertaining to the latest information on sneakers, including the Jordan 11