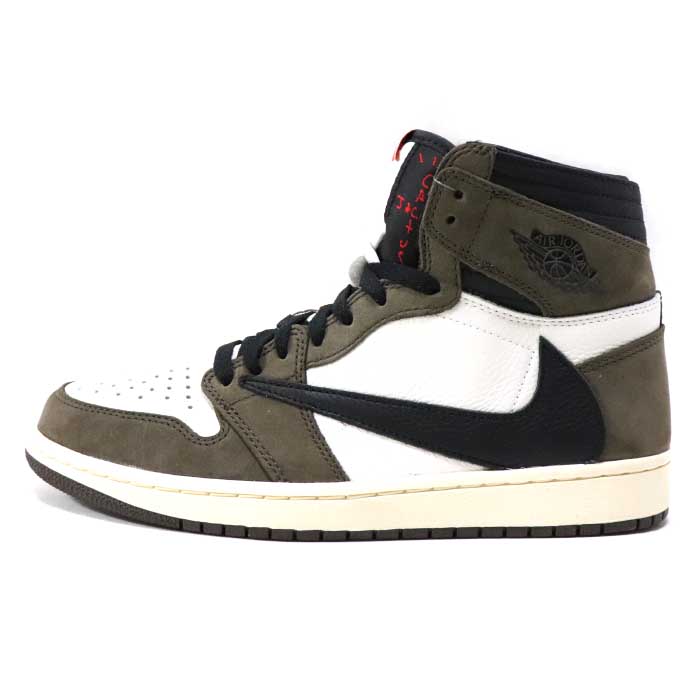 The wax paper found on the fakes is thinner and much cheaper than the authentics. The shade of pink will be incorrect on the fake pairs.

Fake manufacturers are sending out these Jordans with a darker pink shade when it should be much lighter. See pictures below of real Packaging for the Travis Scott 1s 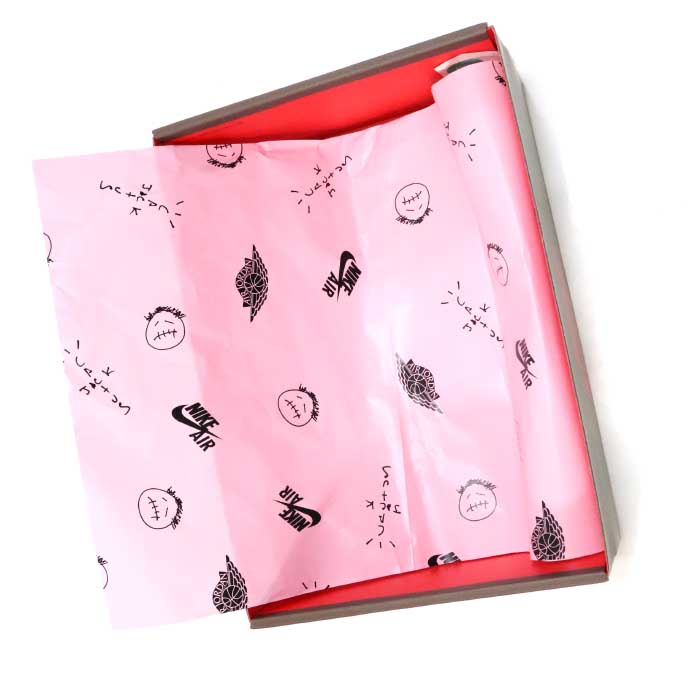 Check out the toungue tag, most replicas don’t pay much attention to detail in this area. The main reason it’s ignored is because it’s usually covered by your jeans or pant leg.

First thing to look at is the font. The font on a a real pair is thick and well filled in while the fake pair is much thinner. Check out the picture to see the different in font boldness. The font on the real pair will also be symmetrical and also straight and cleanly printed. The fake pairs usually ignore this minor detail of the quality.

The spacing of the text “made in China” will be ioff on the fake pair, the spacing will be too wide on the fake pair and much tighter on the real pair. Again, weird spacing occurs as well on authentic tags — however, never would you find such wide gaps between letters on genuine pairs. 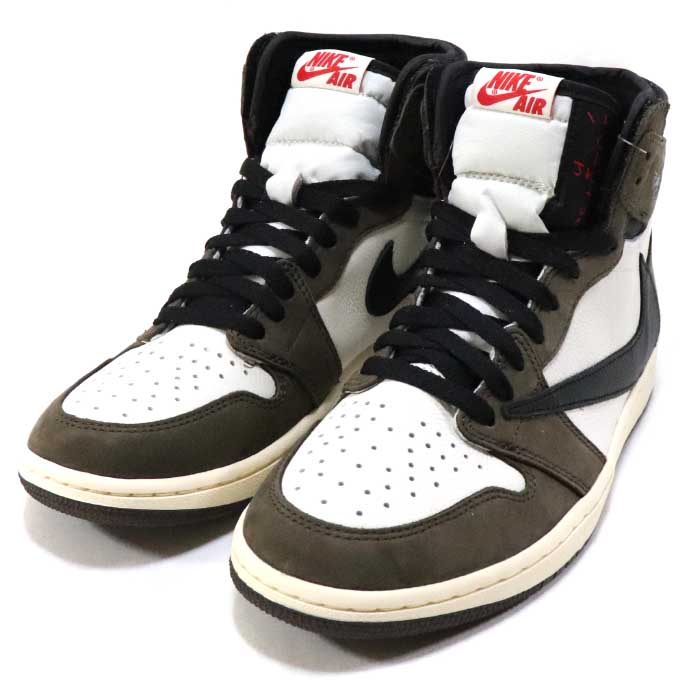 Have a brief look at the size tag, see if the QR code is present. Also check the size tag. Travis Scott Jordans usually dont have the same size tag you'll find on other Air Jordan 1 retros

The heat-stamp / logo should be very defined and thick. The fake pairs of a mch less defined stamp. And the authentic pair has a code bottle like shape, zero in on the yellow lines. The pair pairs have a blocky and more block shape. First indication that they are fake. 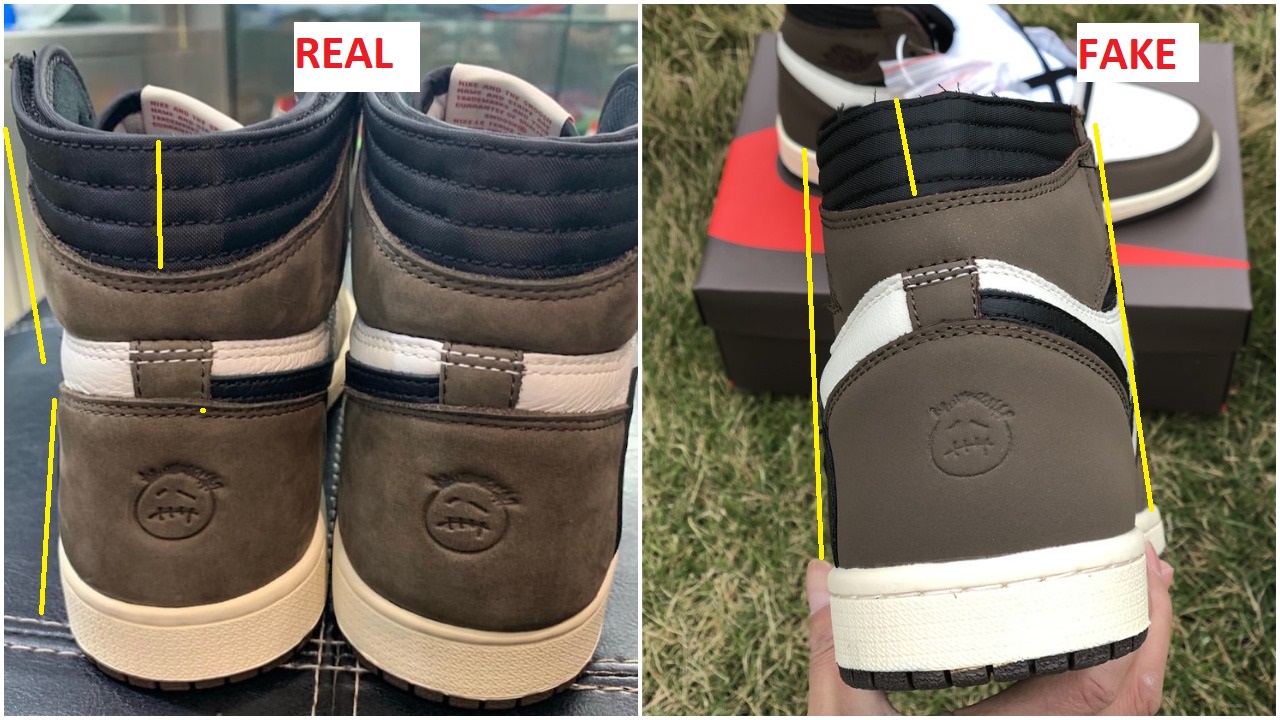 The soles of the sneaker

The soles of all Air Jordans 1s have a star pattern and they should be slightly pronounced. On fake pairs they will way too much detail and are very pronounced. I would not use this as a reliable tell, the fakes will get

The stiching around the the nike swoosh on the fake pairs stops much lower along the check as compared to the right. The leather on the real pair also glossier and higher quality than the fake pair. The fake leather is more regid and is also lackluster. The wings logo should also have some shine or reflection when looked at in the light. The fake pair have very flat wings logos. 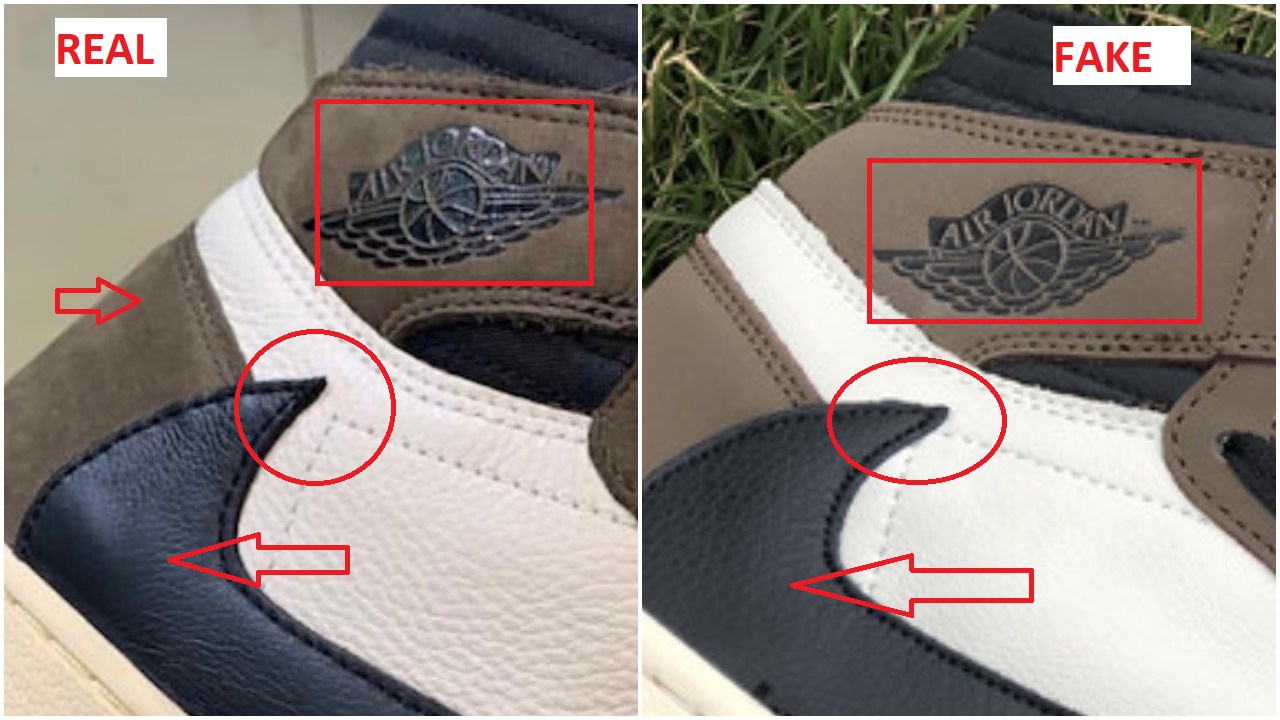 You can clearly see that the “Jordan.com” logo is not alighed with the BR text and number. This attention to detail is missed on the fake pairs. 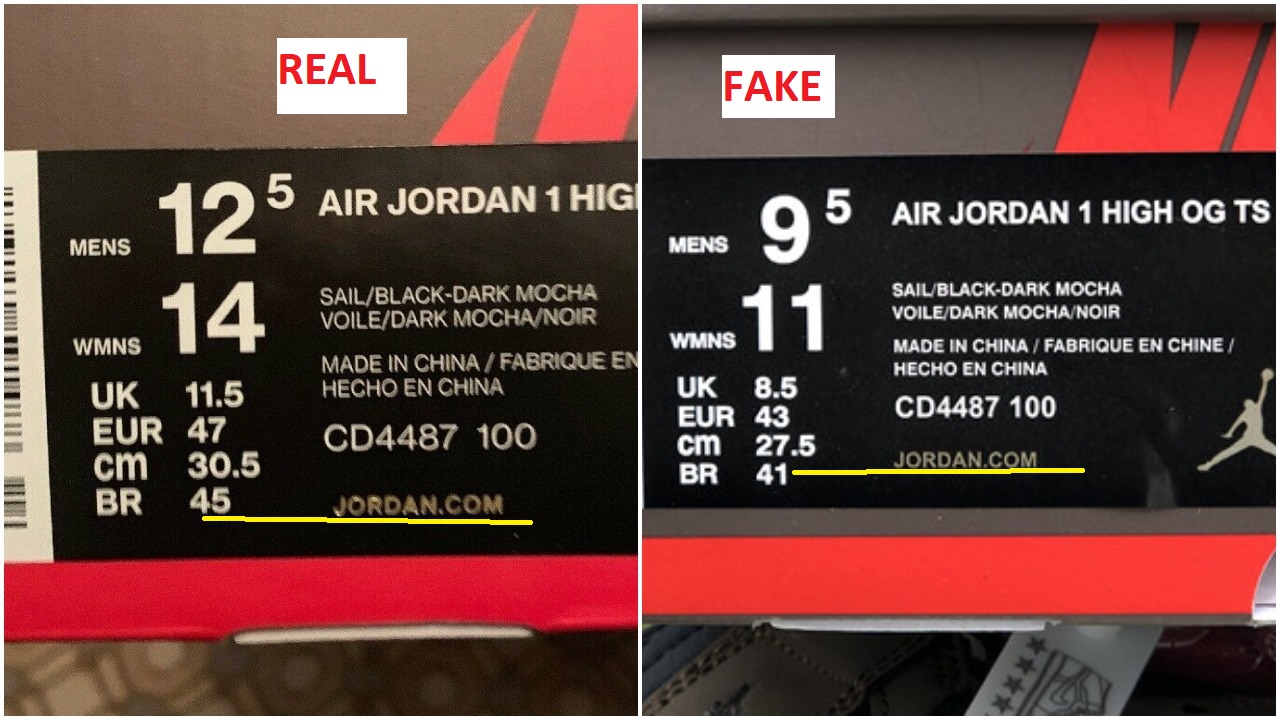